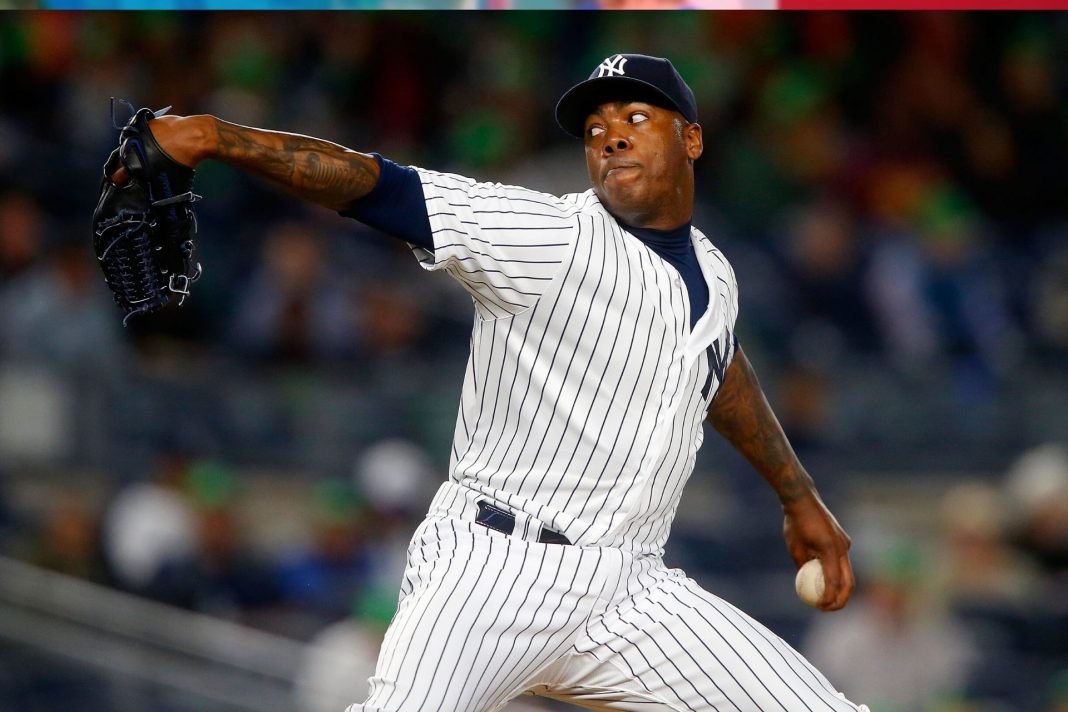 Baseball is coming back.

Teams are gearing up for a 60-game sprint to October.

But New York Yankees’ flamethrower Aroldis Chapman made one move that shows he’s preparing for more than just the playoffs.

The six-wheel monster has a twin-turbo diesel engine with 600 horsepower and is lined with black Kevlar.

Clearly Chapman has been watching the news of rampant looting and violence in the streets of New York City.

And with Mayor Bill De Blasio reportedly seeking to cut $1 billion from the city’s police department, having a bulletproof car is probably a smart idea.

If he ever runs into trouble, the Jeep reportedly has “unstuckable” six-wheel drive, great for navigating any streets blocked off by “peaceful protesters.”

“It’s huge, it’s loud and it’s just offensive to all the senses,” South Florida Jeeps owner Joe Ghattas told The Post. “He doesn’t speak a whole lot of English, but he was smiles from ear to ear. He said, ‘It’s f***ing awesome!’”

Major League Baseball is eyeing July 23-24 for the first pitch of the 2020 season.

While the schedule is still in flux, Opening Day has the Yankees slated to travel to Washington, D.C. to take on the World Series Champion Nationals.

This season will be an all-out sprint to the playoffs.

What do you think of Aroldis Chapman’s new custom Jeep?