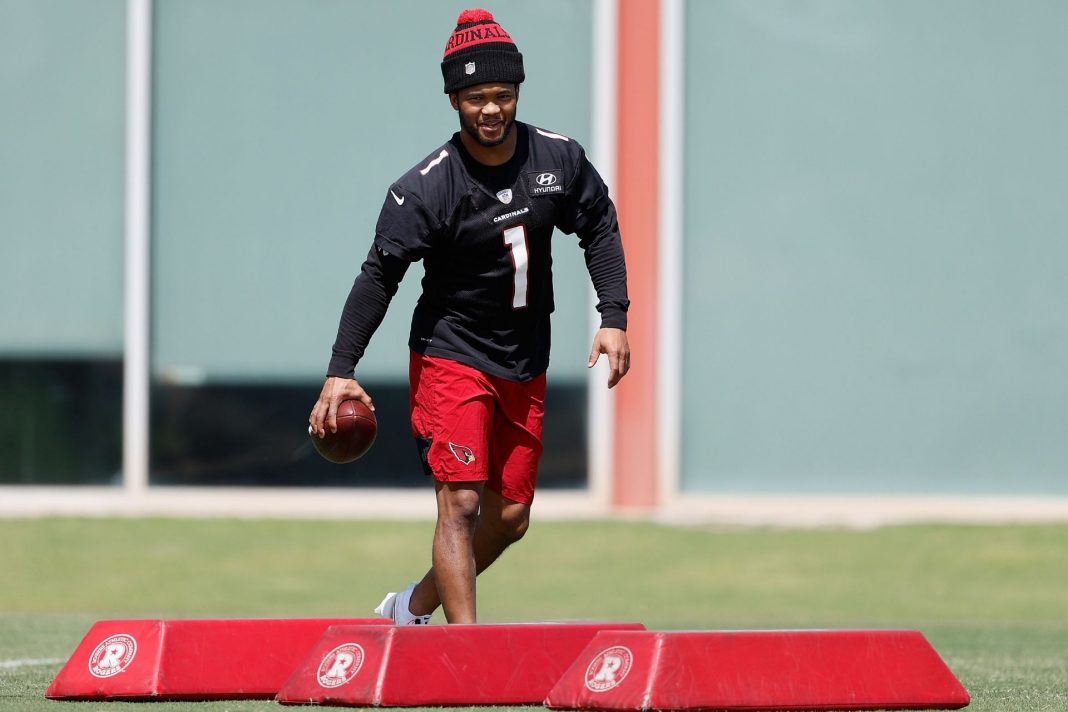 There’s certain areas of the country where you are expected to be a fan of a team simply because of where you grew up.

Many can’t wrap their head around the idea that a baseball fan could grow up in Boston, for example, and not be a diehard Red Sox fan – it just doesn’t make sense to them.

And that’s why you have to respect the reason that this Texas-born NFL quarterback gave for not becoming a Cowboys fan, and the fact that he admitted it publicly.

In the state of Texas, football is king, and growing up there as a male, you are basically expected to love football.

The stories of the football factories that are Texas high schools are legendary and have been turned into books, movies, and TV shows like Friday Night Lights, Varsity Blues, and Carter High.

They literally spend as much, if not more, on their high school football programs than most colleges do.

Stadium Facts of the Day.
21.78% of all Texas High School Football Stadiums have some level of video enhanced scoreboards. #THSFB pic.twitter.com/lnQX0SQMnL

Year after year, NFL rosters are filled with more players from Texas than virtually any other state, and just last season, some 192 of the players on NFL rosters were from the state.

For many of those players, the path they dreamed about from an early age was clear – win a state championship in high school, play for the Texas Longhorns, and get drafted by the Dallas Cowboys.

If nothing else, they all definitely grow up as fans of the Cowboys.

According to Murray, he simply was never able to catch the same Cowboys fever that has engulfed every corner of the state – except for Houston, of course – for decades.

And he had a more than colorful way of describing exactly why that was.

Kyler Murray was asked if he was a Dallas Cowboys fan. He said no.

“They were always ass.” https://t.co/jebimUdoUE

While Murray was rather blunt, he also wasn’t wrong by any stretch.

Even though he’s entering his third season as the Cardinals starting quarterback, he’s just 23-years-old, and in his entire lifetime he’s never seen the Cowboys be a legitimate contender.

Since he was born in 1997, the Cowboys have won just 49% of their games, they’ve had a losing record more often than a winning one, they’ve failed to make the playoffs more than they’ve made it, and they have won just three playoff games.

That’s a dismal 23 years for any franchise, much less one whose fan base claims they are “America’s Team,” and continues to pretend that it’s 1995 and they’ve just won three Super Bowls in four years.

They have had bright spots over the years, but those have been one year wonders that were not sustained into the next season.

Put simply, they’ve been one of the NFL’s worst franchises over the past 23 years, and there’s no getting around that.

So with that in mind, no one can’t blame Kyler Murray for never being able to become a diehard Cowboys fan – after all, what was there for him to root for?

But most of all, you have to respect that Murray admitted that the Cowboys were so bad that he couldn’t be a fan of them publicly.

That’s the type of comment Cowboys fans aren’t going to forget so long as Murray is in the NFL, and the two teams will meet in Dallas in week 17 this season.

Saying something like that about another team that you have to play in their home stadium in just a few months time is bold, but at the same time, there’s no reason for Murray to be nervous about it since he and the Cardinals crushed the Cowboys in 2020, defeating them by 28 points.

The Cardinals are also 5-1 in their last six matchups against the Cowboys, and there’s no reason to think we won’t see Arizona continue that trend this season as they’ve only improved their roster this offseason, while outside of an overpaid quarterback that’s now healthy, the Cowboys are basically just the same average-at-best team they always are.

Regardless, it will still be fun to see how Kyler Murray is greeted by Cowboys fans in his Texas homecoming.

And it will be even more fun to watch him prove everything he said about the Cowboys, and quiet their entire stadium.