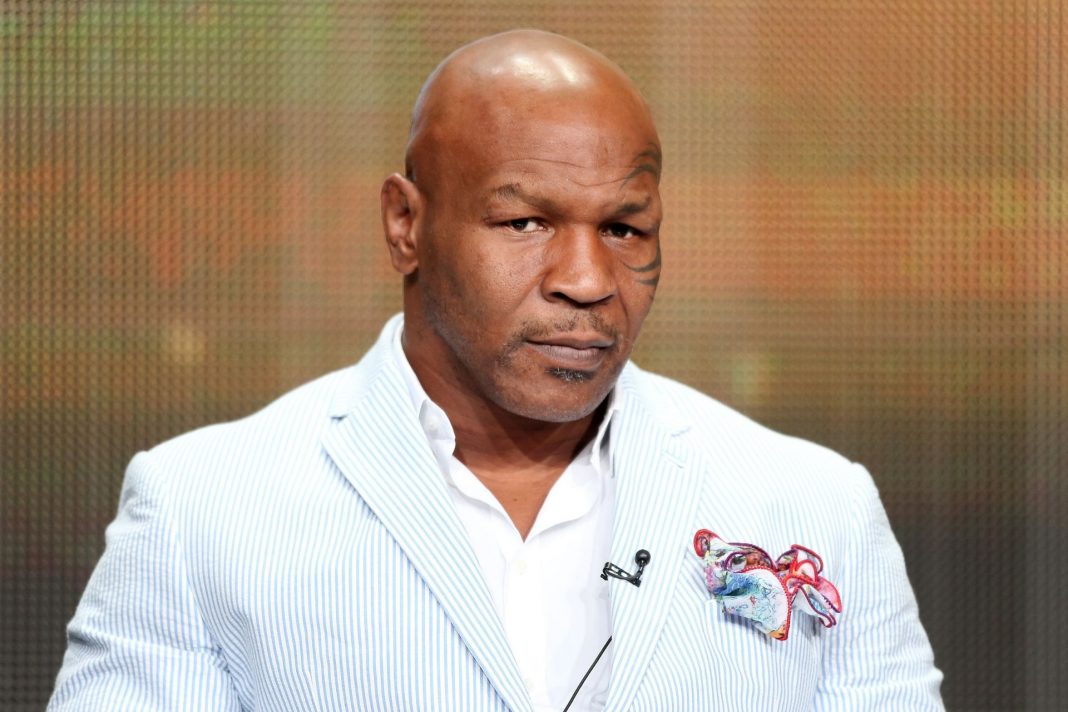 Professional athletes are notorious for developing clever ways to enhance their performance and gain a competitive edge over the competition.

And it’s no secret that many of them do more than just “skirt the rules.”

But you won’t believe how this boxing legend said he passed several drug tests during the course of his lengthy career.

You read that correctly.

Thanks to prosthetic penis manufacturer “Mr. Wizzard,” creator of the “Whizzinator,” “Iron” Mike Tyson was always a few inches ahead of the drug testers during his career – who are only now learning they’ve been stiffed.

During a recent episode of his podcast, Hotboxin’ with Mike Tyson – where the only thing the former heavyweight champion usually knocks out during each show are massive bong rips – “Iron Mike” admitted to UFC Vice President of Athlete Health and Performance Jeff Novitzky that he used the Whizzinator to pass multiple drug tests over the course of his professional-boxing career.

“One time I was using my wife’s [urine], and my wife was like ‘Baby you better not hope that it comes back pregnant or something.’ And I said, ‘Nah, so we ain’t gonna use you any more, we’re gonna use the kid.’”

“It was awesome, man,” Tyson said about his use of the Whizzinator.

But Mike Tyson isn’t the only professional athlete who used the Whizzinator to get around drug tests.

Back in May of 2005, Minnesota Vikings running back Onterrio Smith was suspended after being caught with a Whizzinator at the Minneapolis/St. Paul International Airport – resulting in a Congressional hearing over the device.

The United States Congress actually held a hearing over the use of prosthetic devices like the Whizzinator as a way to get around drug tests.

Of course, according to “Iron Mike,” he didn’t use the Whizzinator to hide his use of performance-enhancing drugs.

He used it to “hide” his use of cocaine, marijuana, and other recreational drugs.

This Arkansas high school basketball player was forced to go 1-on-5 in double OT after his entire team fouled out. And the video is...