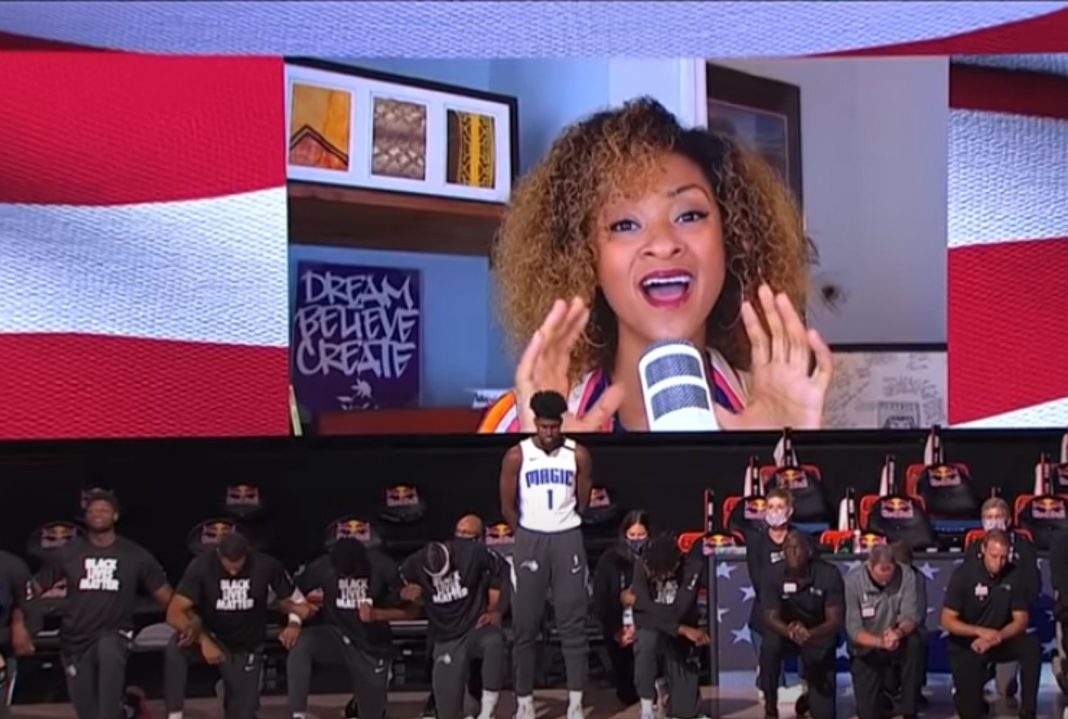 Now it’s a bigger deal when a pro athlete honors America and respects the military than when they kneel during the Star Spangled Banner.

And now you won’t believe what ESPN said about one NBA player who stood for the national anthem.

That ugly reality reared its head again on Monday when the official Twitter account for radio host Dan Le Batard’s show posted a poll asking if it was funny that Orlando Magic player Jason Isaacs tore his ACL two days after Isaac stood for the national anthem.

Le Batard later apologized for the poll and the post was deleted but the damage was done.

When Isaacs became the first NBA player to stand for the national anthem he actually had to defend his decision.

Isaacs told the woke sports media that his Christian faith led him to stand for the anthem and living his beliefs was how he expressed that black lives mattered.

“I believe that Black Lives Matter. A lot went into my decision, and part of it is, I thought that kneeling or wearing the Black Lives Matter t-shirt doesn’t go hand-in-hand with supporting Black lives. So I felt like, just me personally, what is that I believe is taking on a stance that, I do believe that Black lives matter, but I just felt like it was a decision that I had to make, and I didn’t feel like putting that shirt on and kneeling went hand in hand with supporting Black lives. I believe that for myself, my life has been supported by gospel, Jesus Christ, and everyone is made in the image of God and that we all forge through God’s glory,” Isaacs stated.

But to ESPN that made Isaacs a figure of ridicule because their religion is woke identity politics.