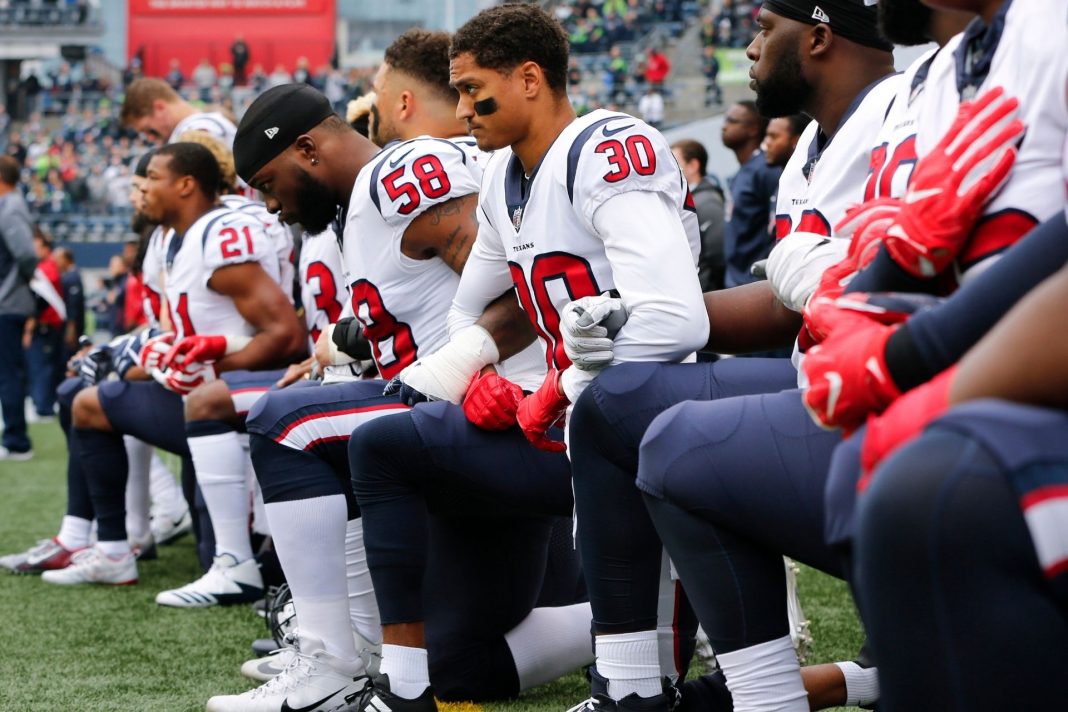 The NFL’s embrace of “woke” politics has damaged the league’s brand.

Even with fans prohibited from attending the games in person, viewership is down significantly compared to last year.

But you won’t believe what the NFL is blaming its failing ratings on.

The NFL ratings have been in freefall early in the 2020 season.

Despite the country being mired in a pandemic that’s forcing everybody inside, people are not watching the NFL in the same numbers.

And one NFL official is blaming 2020 election interest and COVID-19 for the drop in viewership.

“The 2020 presidential election and other national news events are driving substantial consumption of cable news, taking meaningful share of audience from all other programming . . . Historically, NFL viewership has declined in each of the past six presidential elections.”

The problem with this rationale is that the ratings continue to slide.

In 2016, another election that garnered massive attention, the season was marred by Colin Kaepernick’s anti-American anthem protests.

As the protests spread in 2017, viewership continued to drop; both television ratings and stadium attendance dropped sharply.

The league’s hard turn into “woke” politics cannot be ignored.

If it weren’t a factor, all of the networks wouldn’t be intentionally excluding the pre-game national anthem from their broadcasts.

The optics of players kneeling for the anthem is undoubtedly bad for business.

Rolapp continued in his memo:

“The pandemic has caused several major sports to postpone their schedules, resulting in an unprecedented fall calendar . . . The result is a crowded content marketplace driving a bifurcation of sports viewers across multiple events.”

The problem with this theory is that the NFL consistently dominates other sporting events when scheduled against them.

There aren’t any sporting events diverting eyes away from the NFL on Sunday.

There isn’t even a lot of competition on Thursday or Monday nights.

Plus, there’s plenty of sports overlap in the fall during a conventional sports calendar.

Also, the NBA is suffering even worse than the NFL and they’ve overdosed on wokeness.

The NBA Finals has fallen to historic lows that nobody thought possible, and surveys have shown that politics is a big reason why.

If the NFL is denying people’s antipathy toward politics seeping into the sport, they’re doing so at their own peril.