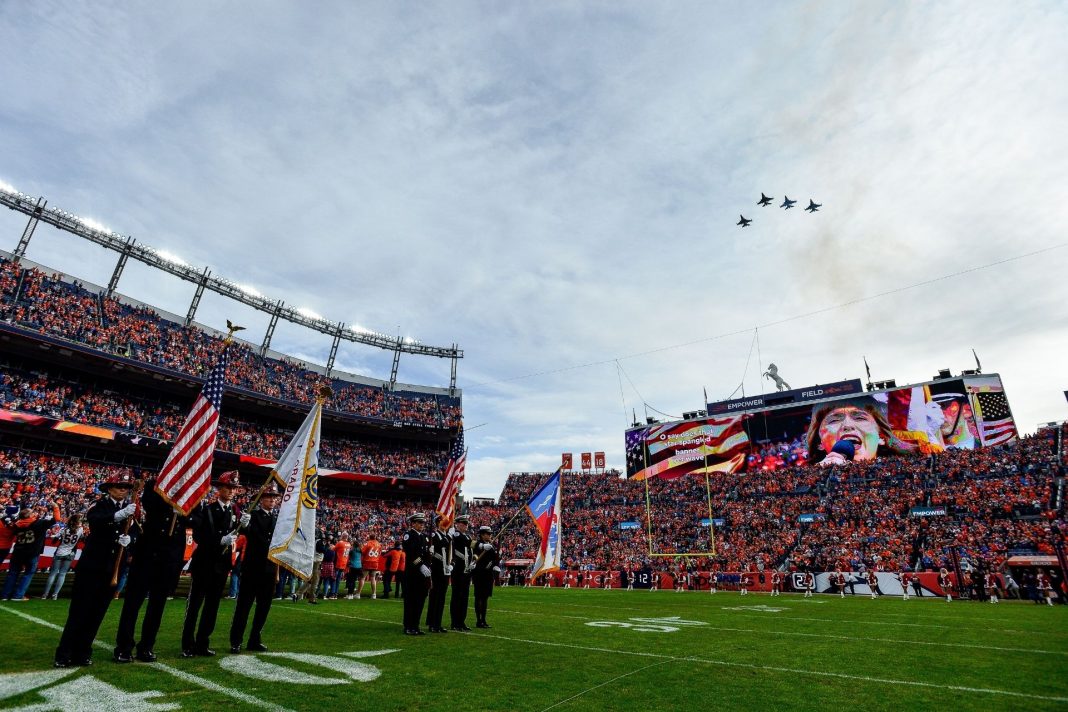 The NFL’s nightmare 2020 season just took a turn for the worse.

Just when NFL league executives thought they had moved past the anti-American protests that poisoned the public’s perception of the league, the NFL was sucked back into a debate over the military.

And you won’t believe what these two announcers got caught saying about the U.S. military.

Joe Buck and Troy Aikman are Fox’s number one announcer crew for the network’s NFL coverage.

On Sunday, they broadcast the matchup between the Green Bay Packers and the Tampa Bay Buccaneers.

Fox selected this as the network’s main double header attraction because of the expected shootout between the Buccaneers quarterback Tom Brady and Packers signal caller Aaron Rogers.

But the biggest news out of this game was what happened before the game when a military flyover took place.

A hot mic picked up Buck and Aikman ripping the flyover as a waste of jet fuel and taxpayer money.

Aikman then claimed eliminating flyovers would be part of Joe Biden and Kamala Harris supposedly restoring order to the American government next year.

Even Joe Buck and Troy Aikman find pregame flyovers to be a little much these days: https://t.co/0IZL6GhmZy pic.twitter.com/G4EpB3SYtN

Networks no longer focus on who stood or who kneeled for the national anthem.

And you don’t see players wearing the names of black Americans shot by police on their helmets.

But now the Fox’s number one NFL announcers got dragged into the political muck by reminding millions of Americans that from top to bottom, few in the NFL have any respect for the military.