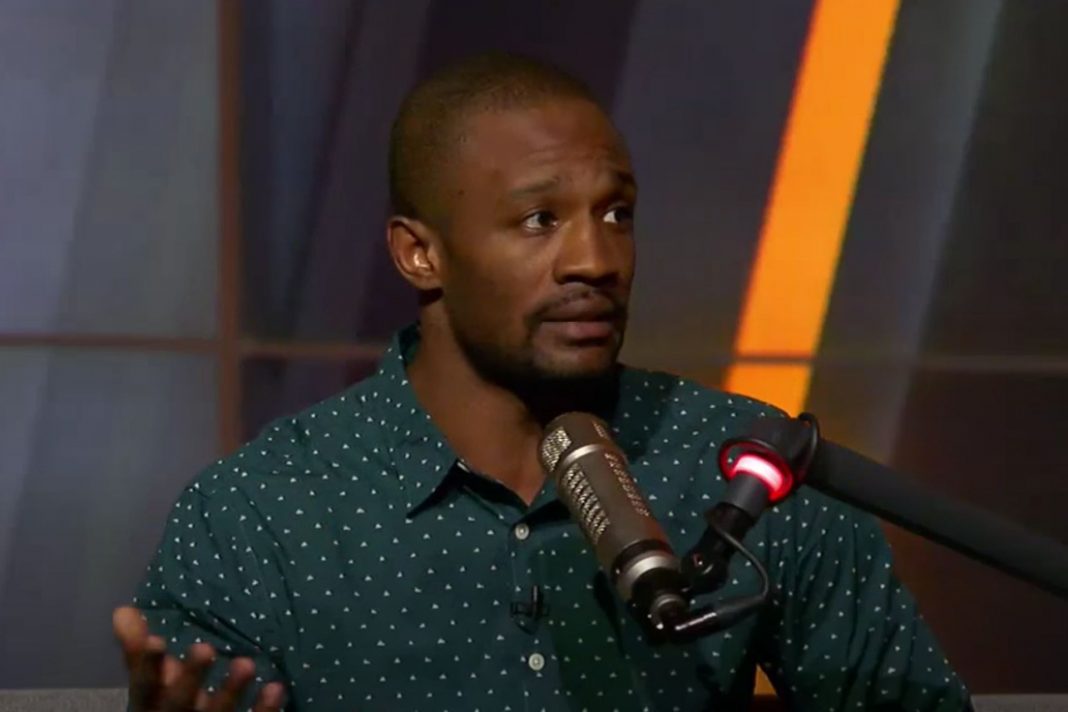 ESPN and the NFL are both experiencing sharp declines in viewership due to their embrace of left-wing politics.

But now all hell is breaking loose.

And you won’t believe what this ESPN NFL analyst said about the American flag.

“I am fully aware that I have biases,” Foxworth stated. “And my biases are not based on Josh Allen. It’s based on the people that are defending Josh Allen. I would be 100 percent lying if I said that when Josh does something dumb, a little part of me doesn’t get happy. And it’s not because I don’t want Josh to succeed.”

Allen has developed into one of the better quarterbacks in the league and the Buffalo Bills are on track to win their first AFC East title since 1995.

And it’s hard to argue with Allen’s numbers this year.

Through 13 games, Allen completed 68 percent of his passes for over 3,600 yards with 28 touchdown passes against only nine interceptions as Allen led the first place Bills to a 10-3 record.

But because Foxworth hates the patriotism and skin color of Allen’s fans he wants Allen to fall flat on his face.

“It’s because the people who are telling me that Josh is the second coming and Josh is better than everybody are people with American flags and dogs and skulls and crossbones. […] If you go just take a dip into their tweet history, it’s some really concerning retweets and likes. […] It’s not about Josh,” Foxworth added.

If a white analyst made such racist and hateful comments about a minority player, ESPN would fire them immediately and use their termination to put on a public display about their commitment to diversity and tolerance.

But in this case, because Foxworth hates patriotic Americans who waive the American flag, he will likely face no consequences.