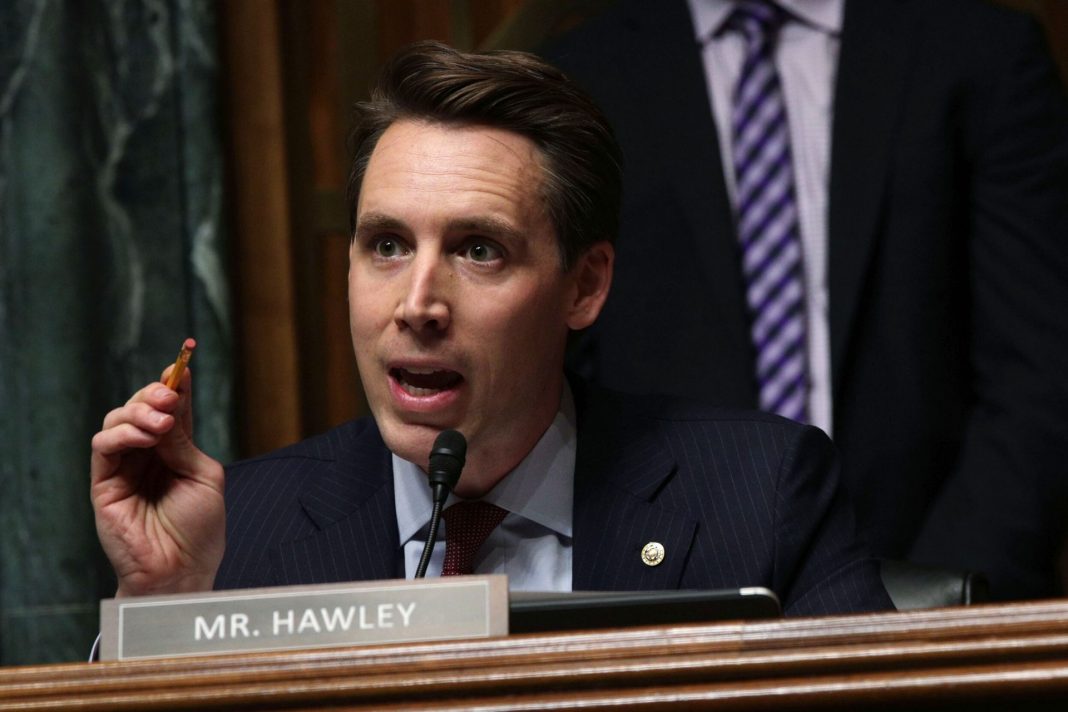 ESPN has officially gone off the deep end.

After swearing off politics and trying to get back to sports, the “worldwide leader” is now fully onboard the Black Lives Matter bandwagon.

And you won’t believe what this ESPN reporter emailed to a Republican Senator.

Missouri Republican Senator Josh Hawley called out NBA Commissioner Adam Silver for coming to an agreement with NBA players to wear left-wing, Black Lives Matter approved slogans on the back of their jerseys.

Hawley wondered whether messages supporting law enforcement, the military, or freedom for Hong Kong were included.

The Missouri Republican called out the NBA for making billions off China while the communist government puts Muslims in concentration camps and its players and coaches remain silent while at the same time no one associated with the NBA ever misses a chance to slam Donald Trump.

ESPN’s lead NBA reporter Adrian Wojnarowski fired off an unsolicited and profane response to Hawley’s letter, which Hawley screenshotted and tweeted out.

Wojnarowski later apologized, “I was disrespectful and I made a regrettable mistake. I’m sorry for the way I handled myself and I’m reaching out directly to Senator Hawley to apologize directly.”

ESPN recently saw some of its lowest ratings ever for its social justice themed programming.

But instead of learning the lesson that “going woke = going broke” in sports, the NBA is leaning into acting like a shield for pro sports leagues and athletes who openly tell half of the public that doesn’t support the Democrat Party that they hate them.

Sports with Balls will be sure to keep you up-to-date on any developments to this ongoing story.