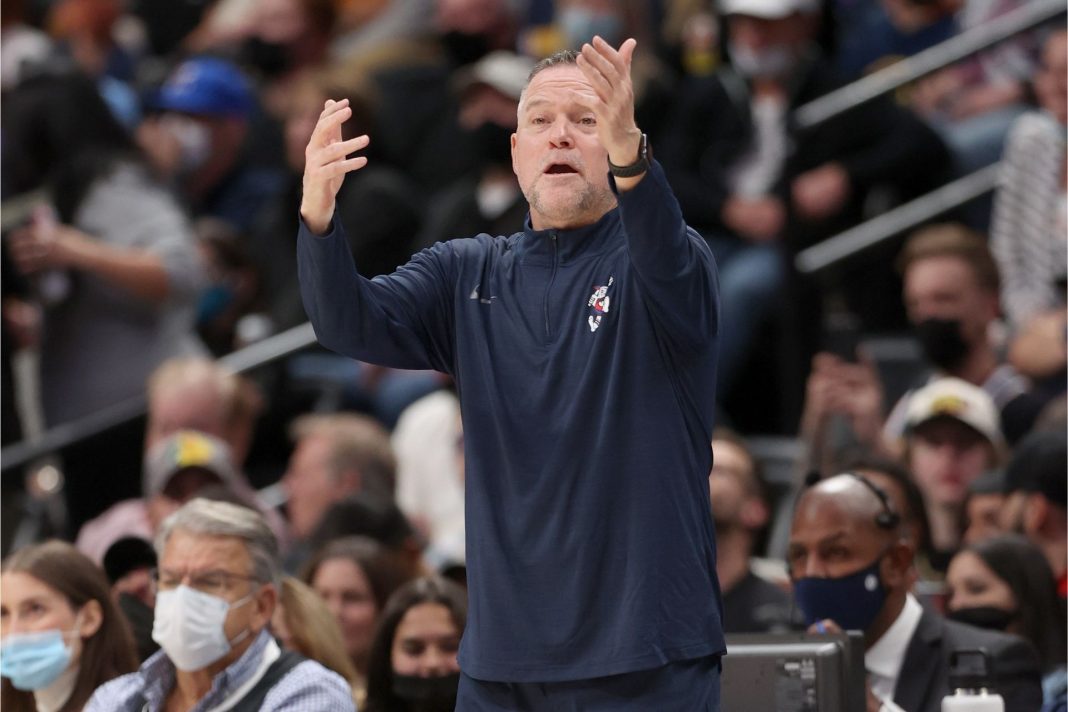 Fights, or perhaps more like overly dramatic tussles, are a fairly common occurrence in the NBA.

In the NBA, usually we see players with massive egos colliding with other players with just as large, or even bigger egos, leading to a scuffle.

But in this case, you will not believe who had to be held back during this basketball game.

During the 76ers-Nuggets game last week, head coach Michael Malone had to be held back by All Star Nikola Jokic from going after a referee.

You read that right, Coach Malone was prepared to open a can of whoop ass on a ref… not something you see every day from a head coach.

Michael Malone gets thrown out of the game after getting into it with one of the refs – the #Nuggets fans in Ball Arena approve of him sticking up for his squad. pic.twitter.com/LwifPqkiK9

As you can see, Coach Malone is pissed.

The reason for his frustration is that he made a comment to one of the younger officials about a call he did not like, and he got a sarcastic answer in return.

Clearly that was too much for Malone to handle.

After Malone’s heated exchange, he was ejected from the game and the Denver Nuggets went on to lose to the Philadelphia 76ers 103-89.

If you are a Nuggets fan, there is a silver lining to this though.

Although the Nuggets lost, you gotta love a coach that is willing to risk it all for his squad.

The Nuggets needed that win, and Coach Malone was not going down without a fight.

Also, it appears as if the crowd loved it.

Now that is a coach with balls.

Going forward, we can only hope that the woke NBA does not try to cancel Coach Malone in the form of a suspension or crippling fine… but these days that is all but inevitable.

As for the Nuggets, they currently sit at 9-7… fortunately, there is plenty of basketball to be played before the playoffs this spring.