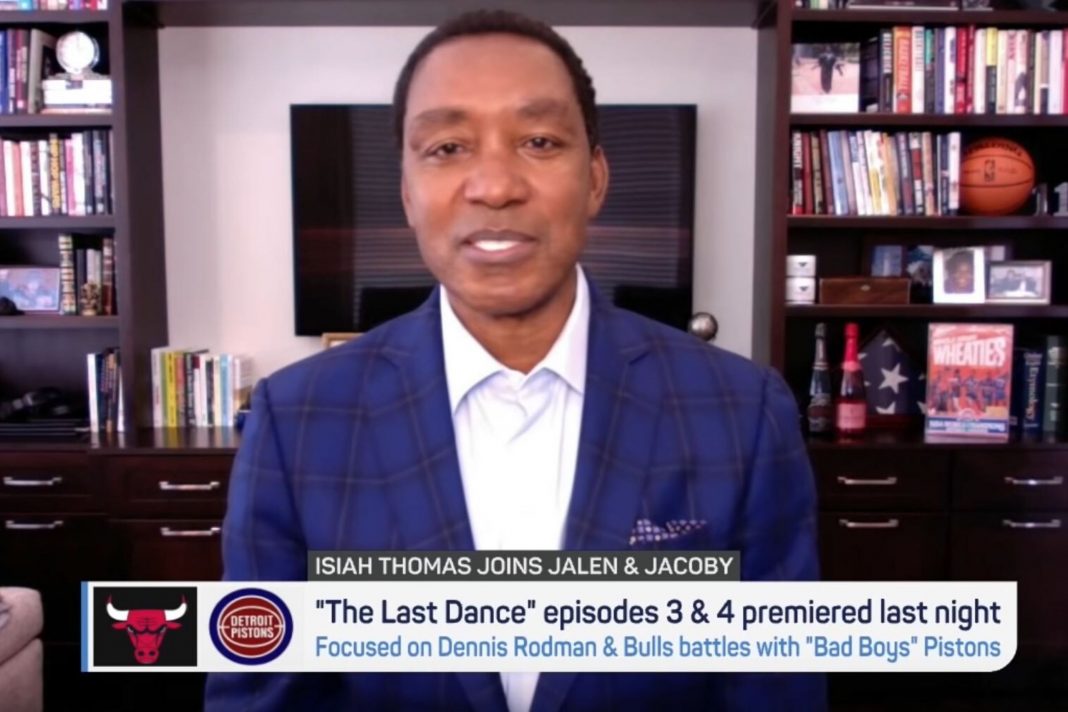 ESPN’s new series “The Last Dance” on Michael Jordan and the Bulls Dynasty is drawing lots of attention back to some of the best days of the NBA.

Back when teams like the Lakers, Celtics, and Pistons absolutely hated each other – on and off the court – and dominated the game in the process.

But Pistons great Isiah Thomas left jaws on the floor when he listed the best NBA players from his perspective – and dissed an all-time great in the process.

Michael Jordan is undeniably one of the greatest basketball players of all time.

But while many Americans are enjoying reliving Jordan’s epic career through “The Last Dance,” not all his former competitors are happy about what they see and hear.

And in a new interview, Pistons great Isiah Thomas didn’t hold back his thoughts about MJ.

“When you put Jordan and his basketball team in the ’80s, they weren’t a very successful team,” Thomas told CBS Sports.

“They just weren’t. When you talk about Jordan and his team dominating, they dominated the ’90s. But when you put him with those Lakers teams and those Pistons teams and those Celtics teams, they all beat him. They just did. … What separated Jordan from all of us was he was the first one to three-peat. But he didn’t three-peat against Magic, Larry and Dr. J.”

Asked to rank the five best players he ever played against based on his own experience, Thomas ranked Jordan fourth.

Asked Isiah to rank the five best players he ever played against based on his own experience. His answer:

Somebody get some ointment for that burn!

But really, Isiah Thomas was venting to a reporter after Jordan called Thomas an “asshole” in Episode four of ESPN’s series on Jordan and the Chicago Bulls.

It’s understandable.  The two-time National Champs, the Detroit Pistons, got swept in the Eastern Conference Finals, ending their dream of a three-peat.

And clearly, nearly thirty years later, by walking off the court in the final seconds of the game and refusing to shake hands with the Bulls the bitterness still lingers on both sides.

“I hated them,” Jordan said of the Pistons in documentary. “And that hate carries even to this day.”

While Thomas may not be as direct about his feelings toward Jordan, “I do. I do,” like Mike he told the reporter, there’s plenty of reason to see his rankings as less than objective.

When Jordan began with the Chicago Bulls in the ’80s, they were a dying team.  At one point in the ESPN series, Jordan recounts how his teammates were having a party with blow, weed, and women.

“The Traveling Cocaine Circus,” one article called them at the time.

So perhaps it’s no surprise the Bulls took a little while to build a team that could win a National Championship.

But even in those losing years Thomas refers to, Jordan showed signs of greatness that the ’80s greats who preceded him like Larry Byrd and Magic Johnson will quickly admit.

In his rookie season, two-time NBA Defensive Player of the Year Sydney Moncrief admitted, “I don’t think there’s anyone who can defend Michael.”

When Jordan and the Bulls faced off against Larry Byrd’s Celtics, Byrd said, “That wasn’t Michael Jordan out there.  That was God disguised as Michael Jordan.”

Truthfully, is there any denying Jordan’s greatness?  How many Americans quit watching after Jordan retired the second time?  Does anyone have an Isiah Thomas tattoo like this? 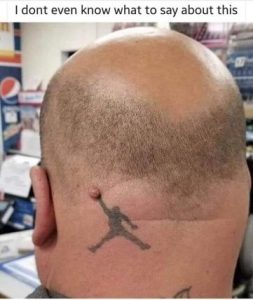 Truly the undeniable influence Jordan had on the game and NBA culture can’t be overstated.

Our team of experts at Sports with Balls took a look around the web to find some of the greatest clips of Jordan’s career and discovered a copy of Michael Jordan’s Playground (1991) is on YouTube.

Especially if you didn’t grow up watching this VHS tape over and over and over again before going out to try some of those moves on your own hoop you owe it to yourself to watch as players pay homage to the G.O.A.T. – even before his two three-peats.