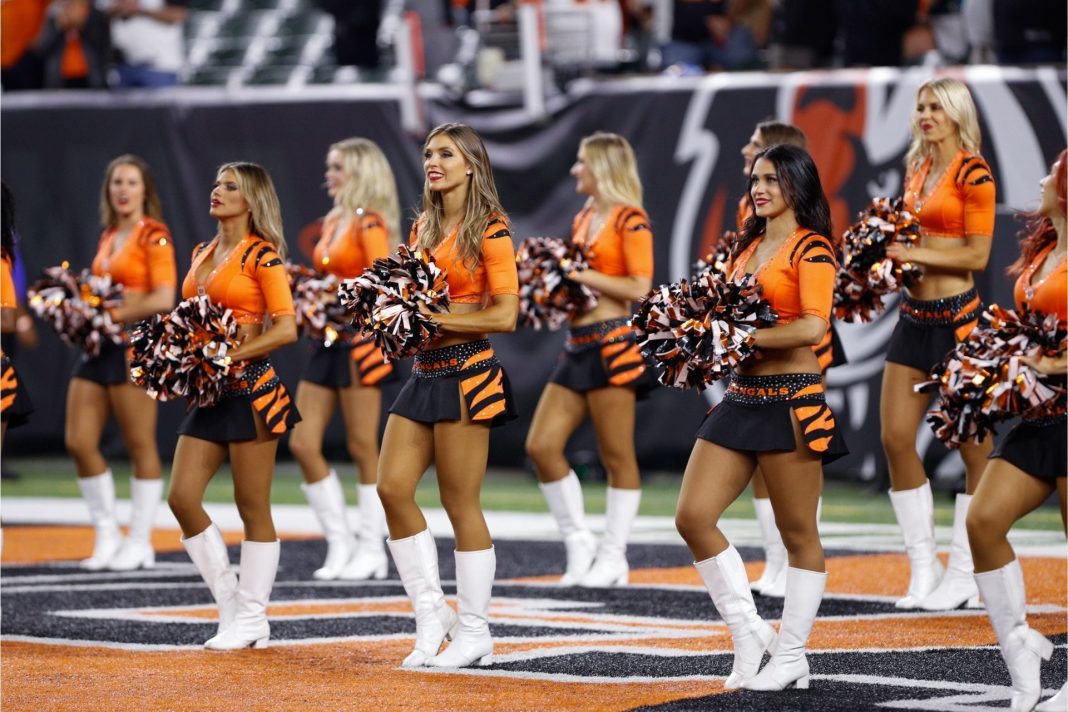 The NFL is entering Week 4 and fans are enjoying the season both at home and in the stadium, which is a nice improvement from last year.

And fans saw quite the fight at the recent Bengals-Jaguars game . . . and no, we’re not talking about the last-second Bengals victory.

At the Jags-Bengals matchup in Cincinnati, two women in Bengals gear got into quite the cat fight that you won’t want to miss.

It is unclear what the tussle was all about, but lots of yelling can be heard from the video followed by the two “ladies” grabbing at each other which led to more swings.

Unfortunately for fans of chicks fighting, some larger men were there to break up the fight before long.

Based off of the footage, it seems like neither of them got in any good blows . . . probably ‘cause they’re chicks and they can’t fight.

Also, can we also talk about the irony of a cat fight breaking out at a game between two teams with nicknames of large cats?

This latest fight is among a string of recent brawls that have been recorded at football games, like when this smack talking woman got her husband knocked out cold at a Steelers preseason game.

The truth is, fighting has always been a part of sitting in the nosebleeds. Nothing is new on that front.

But it’s also quite likely people are fed up with each other and have shorter tempers after watching last year’s games from the comfort of their couches.

Also, alcohol was almost guaranteed to be involved in virtually any fan fight – but that’s part of what makes them so entertaining.

And thankfully, there doesn’t seem to be any reason to doubt that they are going away anytime soon.