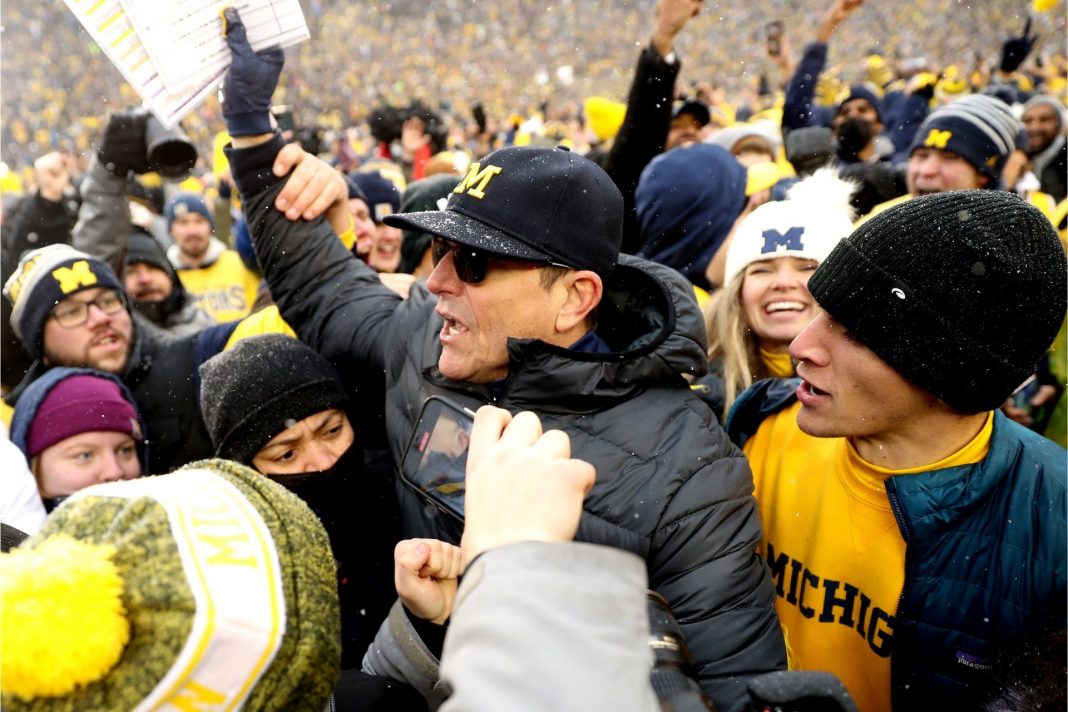 Rivalry week has come and gone, and football fans were treated with some awesome matchups for the ages.

Perhaps the highest profile matchup of the day, and arguably the year, was between the arch rivals #2 Ohio State and #5 Michigan.

Michigan came out on top 42-27, and what this NFL legend sent to Coach Jim Harbuagh of Michigan will give you goosebumps.

According to Harbaugh, Madden told him via text, “As a former offensive lineman, I really appreciate offensive line play and that performance in that game was as good as he’s ever seen.”

Now that is a compliment that Harbaugh will surely never forget.

And, according to Harbaugh, he immediately forwarded the text to offensive line coach Sherrone Moore and told him to keep it on his phone forever.

Michigan looked phenomenal on the field, and their offensive line looked like they belonged on an NFL field.

Michigan combined for 297 rushing yards, and the offensive line did not allow a single sack.

That is nothing short of elite, especially against the vicious Ohio State defensive front.

This unforgettable performance could not have come at a more important time.

Not only is Ohio State their arch rivals, but at #5 in the nation, Michigan needed this win to contend for a College Football Playoff spot in the top 4.

After the victory, Michigan found itself in the #2 spot, with Ohio State knocked out of the playoffs at #7.

But for Michigan and their fans, this victory is short lived, because a new test likely sits in front of them… the highly anticipated 2021 College Football Playoff.

One College Football star is poised to make $1,000,000 just for signing with this crappy team