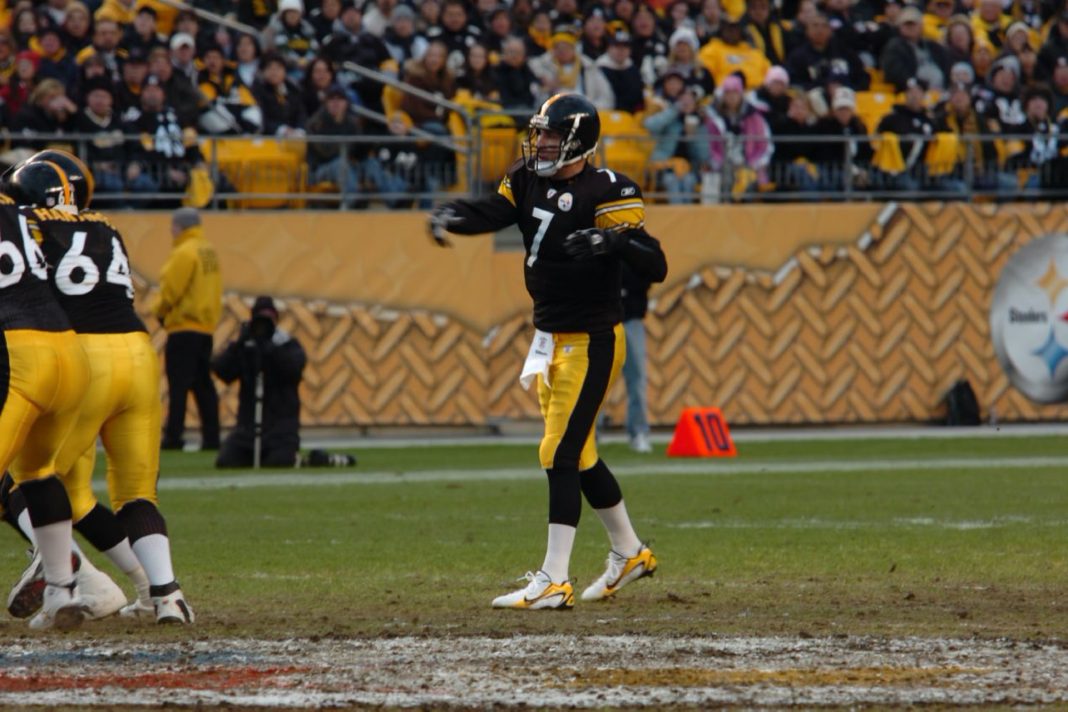 Early last season, Pittsburgh Steelers Quarterback Ben Roethlisberger went down with a season-ending elbow injury and rumors of his potential retirement began swirling around the league.

But that’s when “Big Ben” made a pledge that gave all Steelers fans hope that he would return, pledging not to cut his hair or shave until he could throw an NFL-quality pass again.

Now that it appears Roethlisberger has made a full recovery, he’s being attacked by the last person you’d ever guess.

In a public video posted by the Steelers on May 18, Ben Roethlisberger can be seen throwing lasers to Pittsburgh receivers JuJu Smith-Schuster, James Conner and Ryan Switzer.

While Big Ben still looks a lot like Grizzly Adams to us, the Steelers claim he’s received a cut and trim – news that has Steelers Nation rejoicing. It means, quite frankly, Ben is back!

But as soon as the video was posted, Roethlisberger was attacked by the last person you’d expect – Pennsylvania’s Democrat Governor Tom Wolf, one of the country’s more draconian governors during the COVID-19 panic.

“Anybody who puts himself or herself into harm’s way is something that I think we have to try to avoid. When you go to something like a barbershop, and you’re not protected, I don’t care who you are, the chances of that virus actually wreaking havoc on your life increases. I don’t personally think any Pennsylvanian ought to take that chance. I certainly don’t want to take that chance myself.”

Governor Wolf has also tried to clamp down on the public clamor for the return of professional sports saying:

Of course, this isn’t the first time Ben Roethlisberger has been attacked. At the beginning of his career, Terry Bradshaw went after Big Ben for being reckless, pointing to his habit of riding motorcycles – often without a helmet.

Now, that Roethlisberger has grown up, gotten a haircut, and a job – he’s run afoul of Pennsylvania Democrats who’s apparently rather him sit on the couch, eat Cheetos, and play video games.

Steelers fans who are clamoring for the return of pro sports might want to think about their voting habits.

Should Big Ben be smeared for getting a haircut, a beard trim, and working out with his teammates?

Let us know in the comments!